Process drama or educational drama, the use of dramatic approaches in literacy class, is not a classroom performance or a skit. It is not a classroom event where students memorize a script and perform a story for other students to watch. For Heathcote and Herbert (1985), Carroll (1986), O’Neill and Lambert (1982), Warner (2013) and Taylor (2006), and Edmiston (2013), it has become the tool to explore social issues, history, or science lessons that have “less emphasis on story and character development and more on problem-solving and living through a particular moment in time” (Wagner, 1999, p.5). Studies on classroom talks during dramatic interactions, unfortunately, are limited. After a systemic online search, three studies are selected for further analysis: Harden (2015), Epstein (2004), and Kao, et al. (2011). These three existing studies explore the discourses in educational drama settings from various contexts, participants, and texts. The three studies are examined for their positions in the extant literature, methodology, and contributions to the field. The examination reveals the predominant perspectives, methodologies, dramatic strategies, and issues frequently discussed within the field. 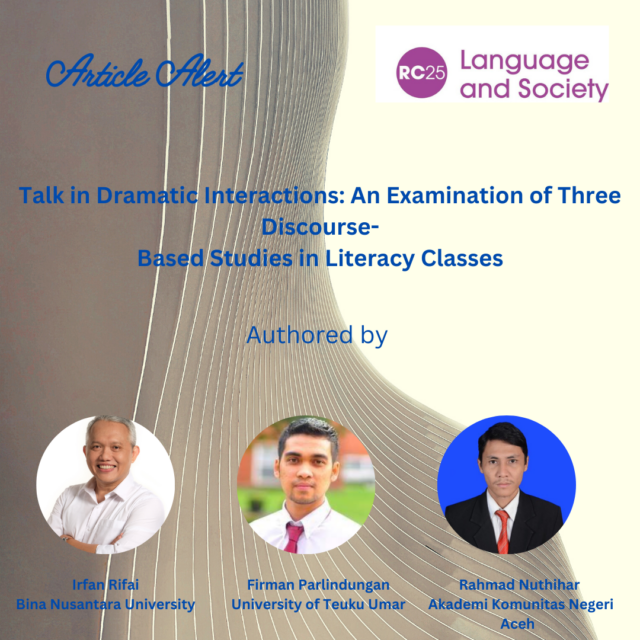