On September 5th, I was appointed as the moderator for K.A.S.S #4 titled: Research Method in Humanities and Spanish Language and Culture. The guest for the event was Ms. Alba Maria Galvez-Vidal from the Catholic University of Murcia, Spain. This event was the final K.A.S.S event of 2022 and I was glad to have been able to work on it as both the committee leader and the moderator. 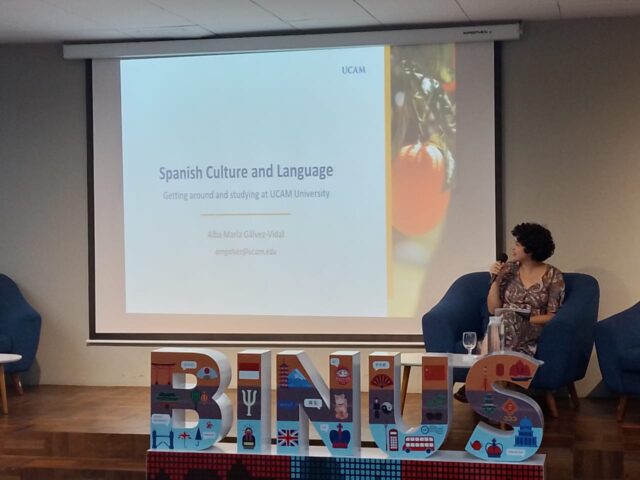 Personally, I have had quite a few experiences in becoming an MC or a moderator, and each event has taught me plenty of things. This particular event, K.A.S.S #4, has taught me numeral things not only for my position as a moderator but also for my status as a student. When preparing for this event, I created a script in the form of talking points just in case I could not think of what to say or stumble on my words on D-Day. The script also contained a short introduction for Ms. Alba, where I took most of her information from a CV sent by Ms. Maria. This information included her educational and professional background and the papers she has published.

On the morning of D-day, I revised my notes and practiced speaking in front of a mirror to train my speaking articulation before I entered the Zoom meeting. I was lucky enough to be able to talk to Ms. Alba about half an hour before the event started as I was able to confirm a few things to her from the structure of the event – when shall we put the questions and answers session and for how long – and eradicate any confusion from my part, as I did not know that the University of Murcia where she studied is different than the Catholic University of Murcia where she taught as a lecturer. 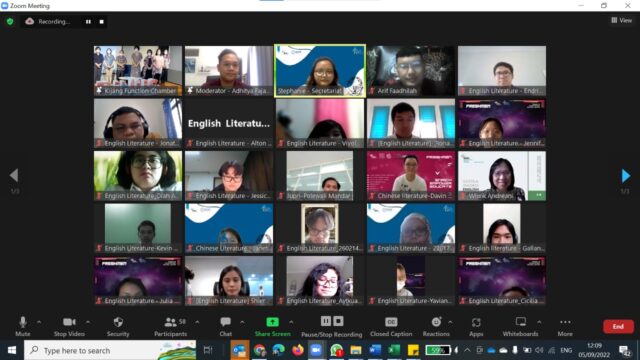 Once the webinar participants were allowed in the room, I began by introducing Ms. Alba along with a short description of her background. Then, she began with her first material on Research methods in Humanities. During her entire session, I was fixed on how interesting the material was. She began by teaching us the difference between basic and applied research, then later described the importance of research and explained step-by-step how to properly do academic research. I find myself taking notes on points I find important and also asking a question along with some other participants of the webinar.

In her second session titled Spanish Language and Culture, she had a brief explanation of Spanish history. This I find especially interesting as I personally love anything to do with history. She talked about the way Spain became a melting pot of various cultures, the Muslim influence, and more. She also showed us Spanish traditions like flamenco, food, regions, structures, and the beauty of the Spanish language itself. She ended the presentation by briefly talking about the place she lived in, Murcia.

In conclusion, I found plenty of challenges in preparing and going through this event. There were a few setbacks on the day itself, but we as a team overcame them together and made sure Ms. Alba had fun delivering and exposing us to new information some of us might not have even heard of before. I learned a lot in ways to prepare myself for my upcoming thesis, and I could not thank Ms. Alba more for it. Even though this K.A.S.S event will be the last one of 2022, I hope there will be more to come next year and the year after.