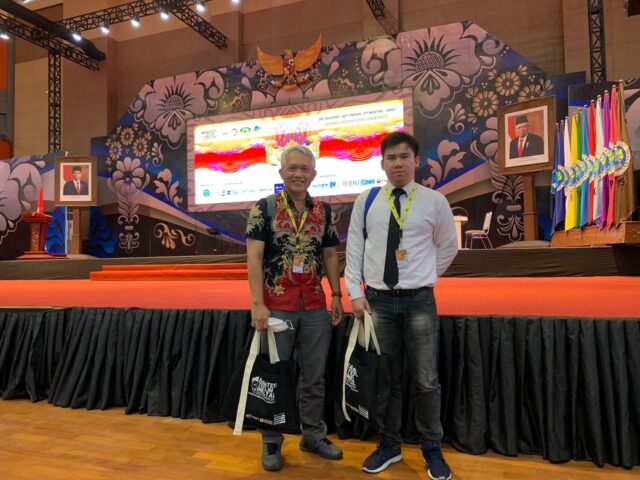 Posing after the opening ceremony
As an intern in research, I have had a fantastic opportunity to join my advisor, Mr. irfan Rifai, at an international conference where he becomes one of the presenters. It is a joint conference of three organizations namely  ASIA TEFL, TEFLIN, and INELTAL. Attendees are English teachers, lecturers, and researchers coming from all over Indonesia and the world. Here is my note and reflection on the mind-opening experience I had in attending the conference in Malang city, East Java. 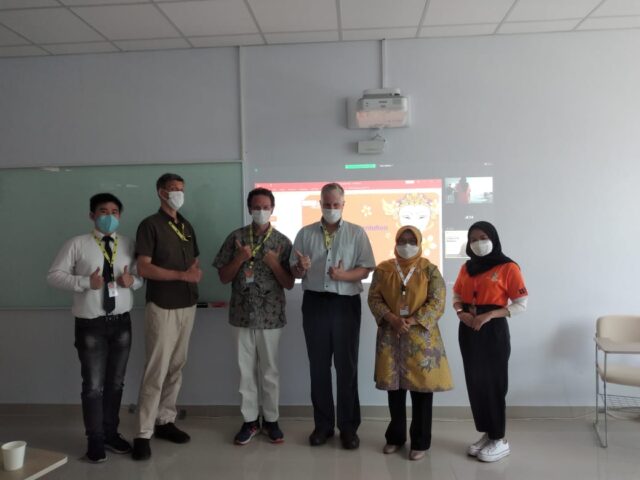 Me posing with other speakers

Before the conference started, we were introduced to an interesting workshop topic which was brought by Pak Irfan.  His topic for his workshop was “Student and Teacher in Roles: Maximizing the impacts of dramatic responses in reading”.

I found the workshop was so engaging and the audience paid full attention to him. He mentioned “Process Drama” which I see as something very interesting because I haven’t heard about this term at all. He told us that process drama was a perfect way for students to fully understand a character’s thoughts and how it feels to live as the character themselves. In this workshop, He also introduced us to dramatic strategies which are strategies to teach drama. There are various dramatic strategies that he introduced to us, some of them are Mantle of the Experts, Hot seating, Freeze Frames, Soundscapes, Tableaux, Narration, etc.

In half of his session, he used it to demonstrate to us the “hot seat”. He explained to us what a hot seat is and how can we implement this in our class. Based on his explanation, hot seat is a strategy in which a character or characters, played by the teacher or a student, are interviewed by the rest of the group. This activity invites students to recount a specific event, and explore motivation and multiple perspectives/experiences related to a theme, topic, event, or idea.

In a hot seat, there are two important roles needed in this method. The first role is the student’s role, in one class, we need to pick one student, be it voluntary or we choose them.  That student will act as a certain character in a story that they’ve read before. As for the remaining students in the class, they need to prepare a question for the student that sits on the “hot seat”. The remaining students will ask a question about the character’s thoughts, opinions, feelings, or behavior. This will make the class fully engaged in the activity and build trust in each other. This activity will also make the student who is sitting on the hot seat understand the character they’re playing. 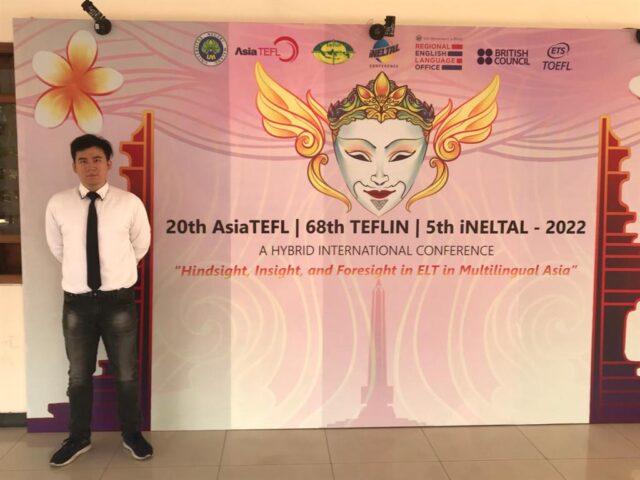 Posing before the opening ceremony

The speaker gave us a demonstration of a hot seat activity, I ended up being on the hot seat and coincidentally, we chose Little Red Riding Hood as the story that we’re going to use for the hot seat activity. I was tasked to act as the Little Red Riding Hood, while the audience asked me about the story. Some asked me about the feeling of meeting the wolf, one person asked me when I find it odd when see my grandmother, and some even acted as a character that did not even exist in the story, but they made it anyway.

It was truly a fun and engaging workshop in the pre-conference for this event, I learned a lot and I feel like I can implement this method in the future. This workshop is something that I might regret if I decided to not attend it. I, as someone who likes to act, love and am interested in this kind of workshop and that is the most interesting workshop that I found on the pre-conference day.