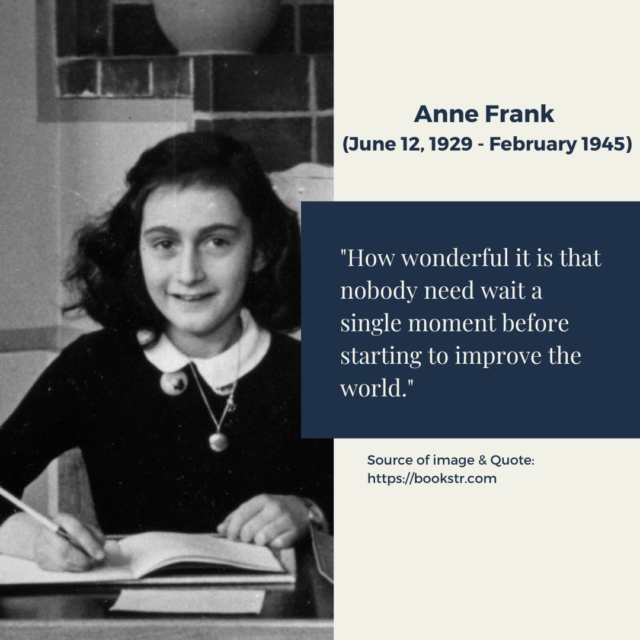 Better known as Anne Frank, Anne was the author of the widely popular book, “The diary of a young girl”, which she wrote while in hiding during the Nazi occupation of the Netherland.

Anne passed away because of typhus in 1945. The diary that she wrote was retrieved by Miep Gies who then handed it over to Otto Frank, Anne’s father, the only survivor of the family. The book has been translated into 70 languages.