Thomas Hardy was an English novelist and poet. He made his name publishing a good number of novels, poems, short stories, and drama. He described himself in “In Tenebris II” as a poet “who holds that if way to the Better there be, it exacts a full look at the Worst” ( Poetry Foundation, 2022). Despite the criticism that his work were bleak and of sexual themes, Hardy had his own base of fans and admirers.

Here is one of his popular poems. 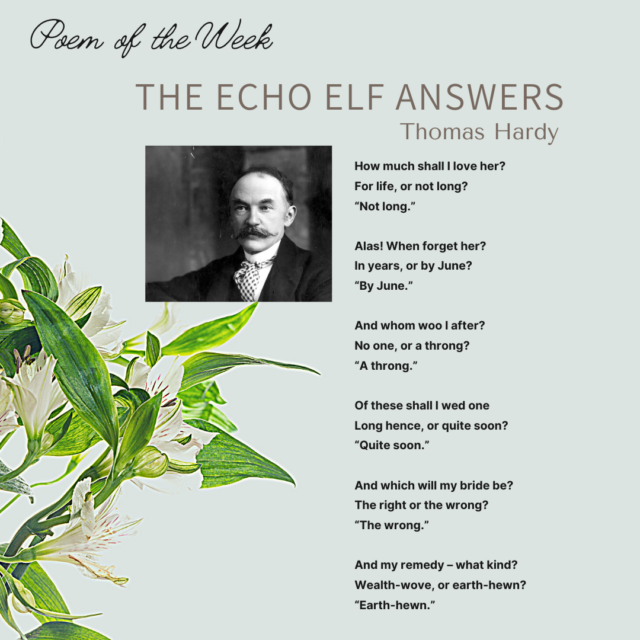