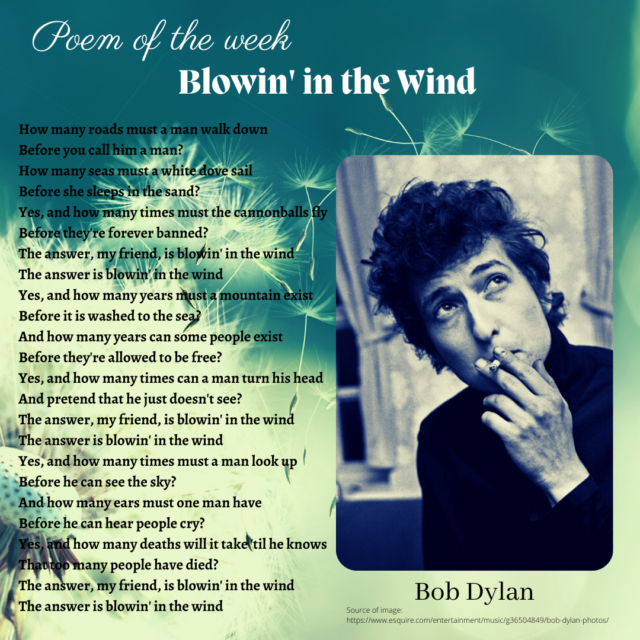 “Can song lyrics ever be poetry?’ A question asked and elaborated by Brian Wheeler, a BBC journalist, as soon as Bob Dylan was announced the winner of 2016 Nobel Prize in Literature “for having created new poetic expressions within the great American song tradition”.

There were poets and authors who critiqued the decision to award Dylan the most distinguished award in literature. But some have been truly admirers of Dylan’s poems / lyrics.

By posting this as poem, we hope to confirm our position in the debate.