The work of translation seems to be much easier with the assistance of web-based Machine Translation such as Google Translate. Does it work well? This study aims at finding how Google translates academic texts from Indonesian into English. It is also to find the extent to which Google Translate accurately and naturally transfers such texts. The data are Indonesian academic texts written by undergraduate lecturers from three different majors: Management, Japanese Literature, and Mathematics. The discussion section in each article is translated into English using Google Translate web. The data is analyzed in terms of two perspectives: forms and meaning. With regard to form or syntactic analysis, the data are investigated based on the structure of the Source Language and the Target Language. It is also to observe whether such forms are natural to generate meaning in the Target Language. With regard to the meaning or semantic analysis, the data are evaluated based on the original message, whether or not the message conveyed in the Target Language is accurate. The findings indicate that most of the translations of Google Translate are built in similar forms to those of the Source Language. In terms of meaning, the messages conveyed seem to be fairly accurate even though inaccuracy is still found. 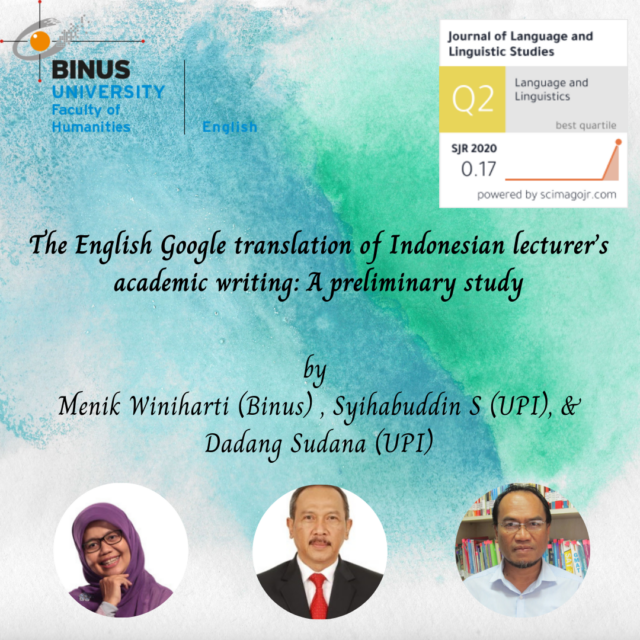