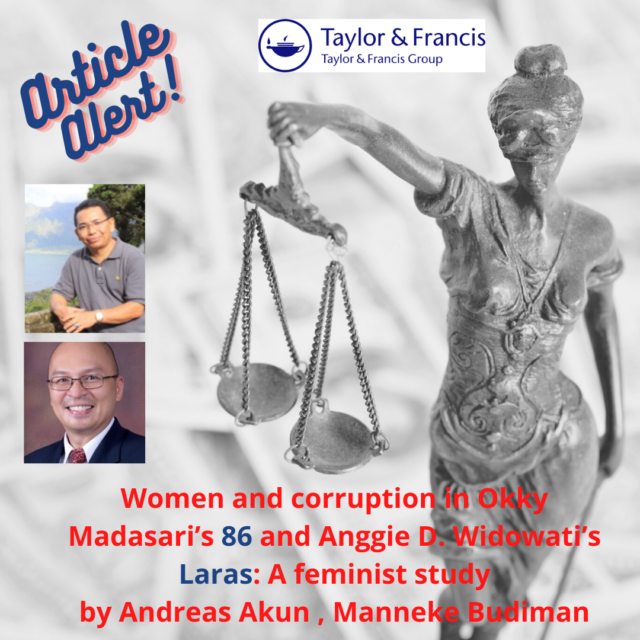 The aim of this study was to criticise the representation of women in two Indonesian women’s novels about corruption by comparing the corruption behavioural construct of female characters during the Indonesian reformation era. In particular, it reveals how the relationship between female characters and corruption habitus is built through the narration, irony, metaphor, character and characterisation in both stories. Furthermore, the study aims at interrogating the text to reveal the extent to which the female authors are trapped in strengthening the biased male-dominating ideology by exposing the texts’ absences, omissions and silences, as well as the story parts and social practices unspoken or thought of as being natural. The research method used was Pierre Macherey’s text interrogation to expose the unspoken truth of the texts. Furthermore, Susan Faludi’s backlash theory and Pierre Bourdieu’s habitus and social arena were used. The result of the study shows that although the two Indonesian female authors while writing about corruption appear to represent women in seemingly dominating roles, they still cannot escape the patriarchal ideological trap as revealed by their ironic marginalisation of women as done by many writers.