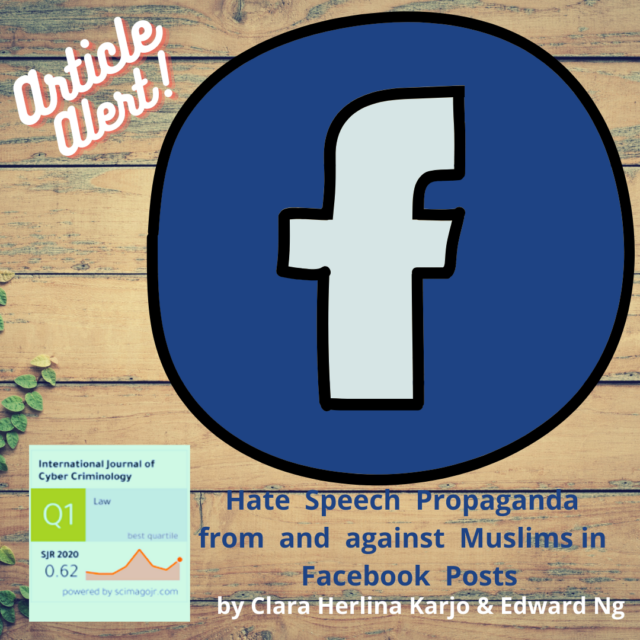 Facebook often used to spread hate speech against others, especially to people outside their group. In western countries, Muslim people often become the targets of hate. Conversely, in Musljm populated countries, the target of hate might vary. This research focused on studying the agitation propaganda through the use of hate speech from and against Muslims which are expressed in their Facebook pages. The data were taken from 40 posts from 4 Facebook pages; two pages were from Anti Muslim Groups in the UK and the USA, while the other two were taken from Individual Muslims jn Indonesia. These posts were analyzed quantitatively by applying theories of hate speech, propaganda, and social jdentity theory. The results revealed that groups from western countriees (the US and the UK) considered Muslims dangerous and criminals. On the contrary, hate groups from Indonesia targeted the government and their out-group as their enemy. However, both groups had the same conceptI.on and strategy to give their readers protection against the out-group through labeling the out-group as a threat. This study implied that people are bound by their own principles as part of their group and unwilling to develop understanding towards others.