On Monday, January 25th, the drama club members  held our first drama club meeting of the year. Our newly crowned president of the club, Jose Armando, was officially inaugurated. In the meeting attended by more than half of the members, Jose presented some  ideas  for the club to move forward. Some of which are truly exciting ideas. English department shares this excitement and is really looking forward to having these ideas materialised this year. 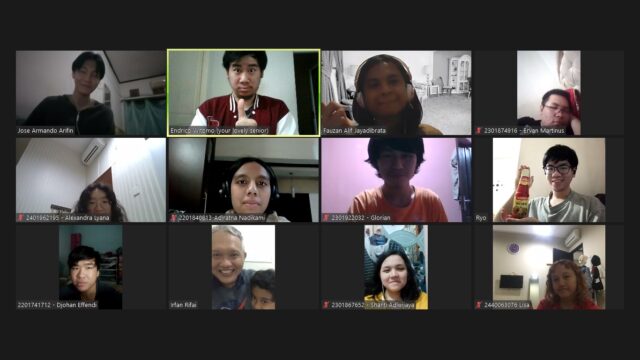 The drama club students thanked Ryo for his service as the president of the club in the past year and wished him the best of luck for his final year at Binus. All the best Jose and Ryo!  (Ed.)