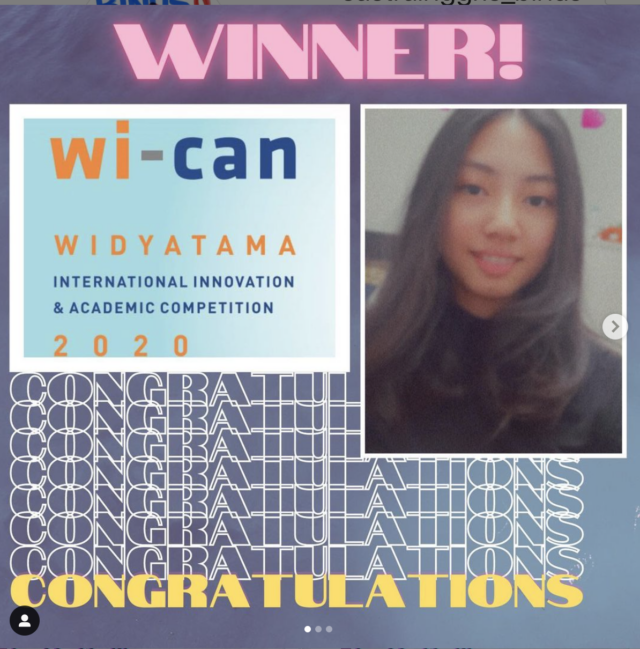 Congratulations are in order for Yasmin Anggraini Teguh of B24! Yasmin has just won first place on a Speech Contest held by Wi-Can 2020 Widyatama University.

Yasmin delivered a speech with the theme of mental illness, specifically about anxiety disorder. The speech was pre-recorded and was played among many participants as well as the respective judges.

The win came unexpected for Yasmin who told us that this is the first ever speech competition that she ever partake in. She also stated that she had lost all hope as they announced the third and second winner. Yasmin was ready to let it go when all of a sudden it was announced that she has, in fact, won the competition.

Congratulations, Yasmin! We are very proud of you🎉