Jakarta, the capital city of Indonesia, is exposed to globalization and becomes the exchange hub or “melting pot” for  multicultural and multilingual society of Indonesia’s 706 living local languages & (approximately) 300 ethnic groups. Being the center of the nation’s economic growth, Jakarta has easily  become one of the popular destinations for students from all over Indonesia (and the world) to pursue higher education. 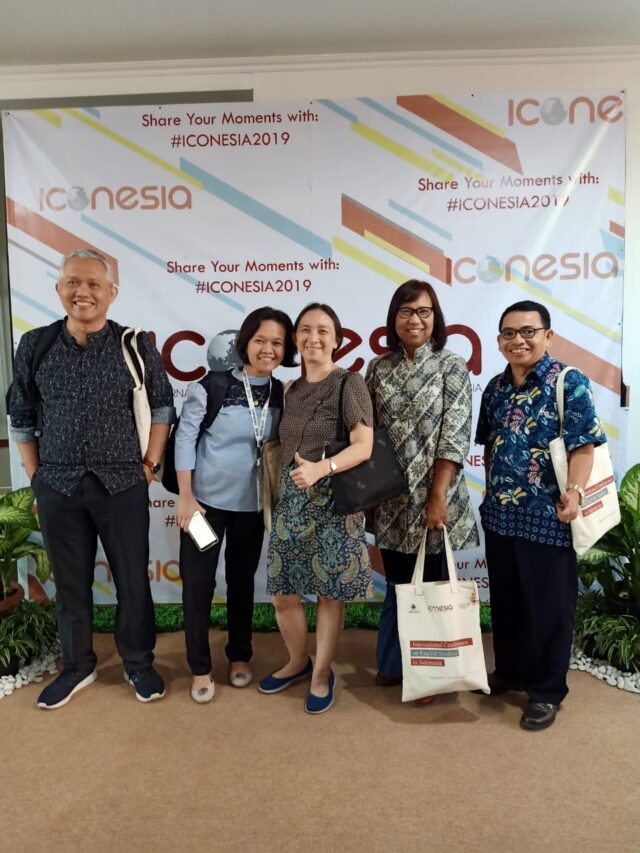 Maria and English department  colleagues in an international conference (2019)

Maria Tamarina Prawita, who has academic passion on cross and intercultural studies, believes that universities should have better understanding of students’ multicultural background in order to support them in learning. Adopting “cosmopolitan pedagogy” concept by Sobré-Denton, M., & Bardhan, N. (2013), Maria  believes  that universities should ( among many other components) put forward dialogic approach, implement experiential learning, and give emphasis on values in their teaching and learning.

Maria studied the classes’ interactions and interviewed a large number of participants from three universities in Jakarta, in addition to studying related documents, to learn whether they have implemented cosmopolitan pedagogy and its impacts on their learning. She disseminated her research findings entitled “Cosmopolitan Pedagogy in Selected English Language and Culture Classrooms in Jakarta” in an international conference in Yogyakarta by the end of 2019. The full article to the study is still under review. (Ed.)