Reza Dzikry Fauzan was a busy, studious, and hardworking student. Due to the exposures of studying English language, cultures, and societies that he experienced as a student, Reza became motivated to expand his horizon and knowledge abroad. After graduating from English department in 2010, he took a job as a teacher in a private foreign language school in Tangerang, but the flame to study abroad was always burning.  In 2019, a scholarship opportunity from United Kingdom came knocking. 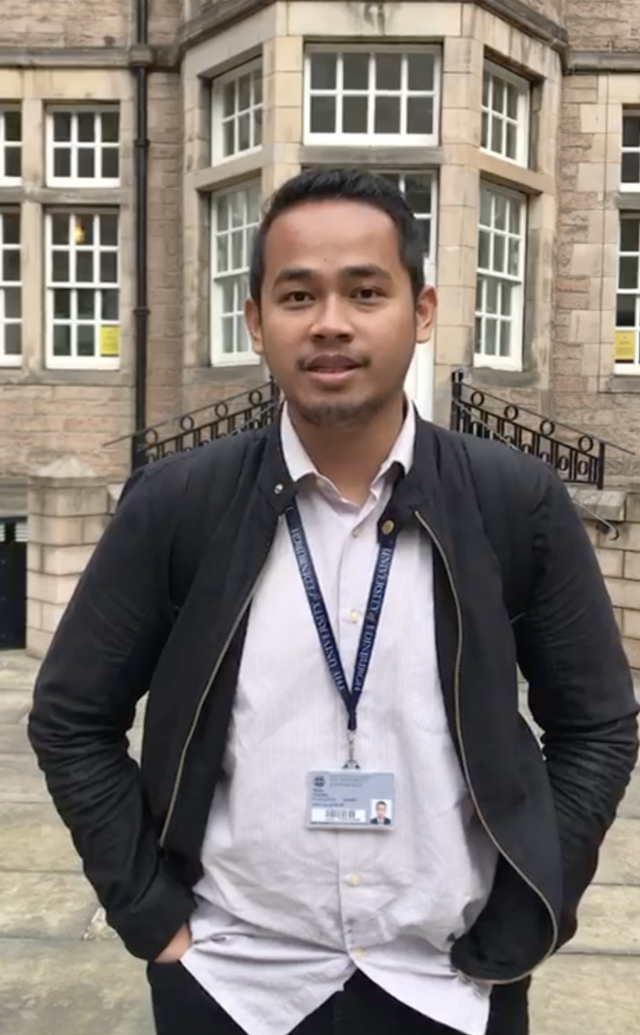 Reza at University of Edinburgh

Producing testimonial video from University of Edinburgh, Reza expressed his appreciation of the  meaningful experiences that he had with us at English department. We will share the link of his testimonial video in due course. (Ed)